Those were initial days of my programming when I don’t have any complex setup on my system. That is the main reason why I don’t face any problem while changing the operating systems.

Because of interest in learning to hack, I installed Kali Linux. Then shifted to new buzz word of Operating system which was Parrot OS.

Did I mention that Windows was on dual boot setup with these Operating systems? Yes, I was a continuous user of windows along with other operating systems.

Later I installed Arch Linux and finally got stable with another one.

Changing the operating system is not that easy when we are dependent on specific software setups.

The best Operating system for programming which I love using and have multiple reasons for it is Ubuntu OS.

No matter if you are a pro programmer or newbie one, you must have heard about that. If not, I will tell you.

Ubuntu is a free and open-source operating system which you can download right now without any payment.

Now let’s have a look at why you should use it too.

Why Ubuntu OS is best Operating system for programming?

There are countless features of Linux os but I will be specific to Ubuntu OS here. The main reason to choose Ubuntu Operating System is a large community.

You are definitely going to face problems if you are using any Operating system. I will be honest here that solving Linux problems is not that easy if something serious happened.

Ubuntu OS is easiest to use in the Linux ecosystem. It has a built-in software centre from which you can download available software in one click.

There are still many features of Ubuntu OS which makes it user-friendly.

However, If you have experience with Linux then you can choose any Linux distribution as per your need.

These are some of the features which make Linux the best operating system for programmers.

If you love programming then you must have knowledge of terminal.

Using GUI make works really very fast but have you tried working over terminal yet?

If you become proficient in using the terminal then several programming related work will be done in a flash of time.

It will be helpful for your future career also because multiple development environments are completely dependent on the terminal interaction with no GUI.

Yes, you heard it right. The Linux OS is completely opensource. It means that you can get the source code and create your own Linux distro.

Linux OS has much more features and customizations are waiting for you when you are an advanced programmer.

It is completely free to use, unlike other operating systems. You don’t need to pay a single penny unless you want to contribute to maintaining their development costs.

How can someone forget about this fact that Linux is much more secure than other operating systems?

It is least vulnerable to virus and malware which makes it an ideal choice for all. No matter if you are a programmer or a normal user, you must have to worry about your data. But if you are using Linux OS chances are very less that you may face such issues.

If you are using other operating systems then you need to install antivirus which has its own performance side effects.

This is the ideal reason why Unix/Linux operating system is used on the web servers.

It also makes efficient use of hardware which makes it performance friendly. There are many Linux desktop environments which are specifically designed to run on Low hardware requirements.

Let me tell you a fact that you can also install any light Linux distribution on any Pendrive and use it regularly.

If you are a web developer then you have realized that the majority of web servers runs on Linux OS.

Also working with Linux OS gives you an experience of how web servers actually work with your web app.

There is a huge community of talented peoples who use Linux and are active in online forums. If you face any problem then just ask the question and you will get to know how to solve it.

However there already a huge number of questions already answered on forums and articles of websites. There is a high chance that the problem you are facing on Linux OS has a solution online.

That’s all if favour of Linux OS.

At last, I want to say that there is no best operating system for programming. Linux OS is best among all the options available.

There are pros and cons of each and every operating system which you must know.

Linux OS is the best option if you want a stable operating system. I am personally using it for 3 years and I haven’t regretted my decision. There are many reasons to use Linux OS for programming which you will know while using it.

Choose a suitable Distribution according to your need, if not sure then go with Ubuntu.

I use Ubuntu OS for all my programming work except Java and Android, but I have also installed windows 10 multiboot with Ubuntu. I use Windows OS for software programs that are not supported on Linux. Java and android are on Windows because I don’t use them regularly. 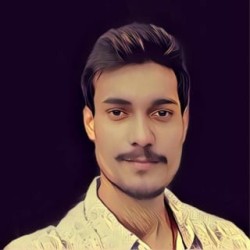 Find Square Root of a number in Python 3